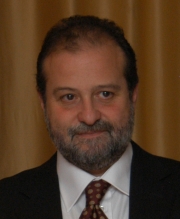 Giuseppe Corasaniti is Global Of Counsel in the areas of Intellectual Property, Privacy and Innovation Technologies.

Former General Attorney of the General Prosecutor’s Office at the Italian Court of Cassation, he is one of the leading experts, both at national and international level, in the fields of Information Technology Law and Cybercrime.

In his work as a magistrate, Giuseppe Corasaniti has dealt with matters such as audiovisual and computer piracy, counterfeiting, protection of privacy, computer frauds and abusive access to a computer or telematic system. Since 2012, he has also been the contact person for the introduction of the telematic civil process in Cassation and the definition of telematic notification procedures in civil and criminal proceedings.

He holds the chair of Legal Informatics and Media Law at the Faculty of Law of the LUISS-Guido Carli University in Rome (where he still teaches "Internal and International Digital Administration Law" and "Machine Learning"). From 2005 to 2007, he was President of the Permanent Advisory Committee for Copyright of the Italian Ministry of Cultural Heritage and Activities. Since 2020, he has been Vice-President of the Steering Committee of the Italian “Scuola Superiore della Magistratura”.

In the international institutional framework, Corasaniti has made a significant contribution, within the Council of Europe, to the 2001 Budapest Convention on Cybercrime, as a contact person for Italy and as a member of the national contact point for the implementation of the Convention.

His scientific and research activities in the fields of mass communication, copyright, privacy and computer security have earned him a number of prestigious awards and certificates, including those of Bill Gates and of the Executive Office of the President of the United States, Bill Clinton, in 1996, and of the then US Ambassador to Italy, Thomas Michael Foglietta, in 2000.